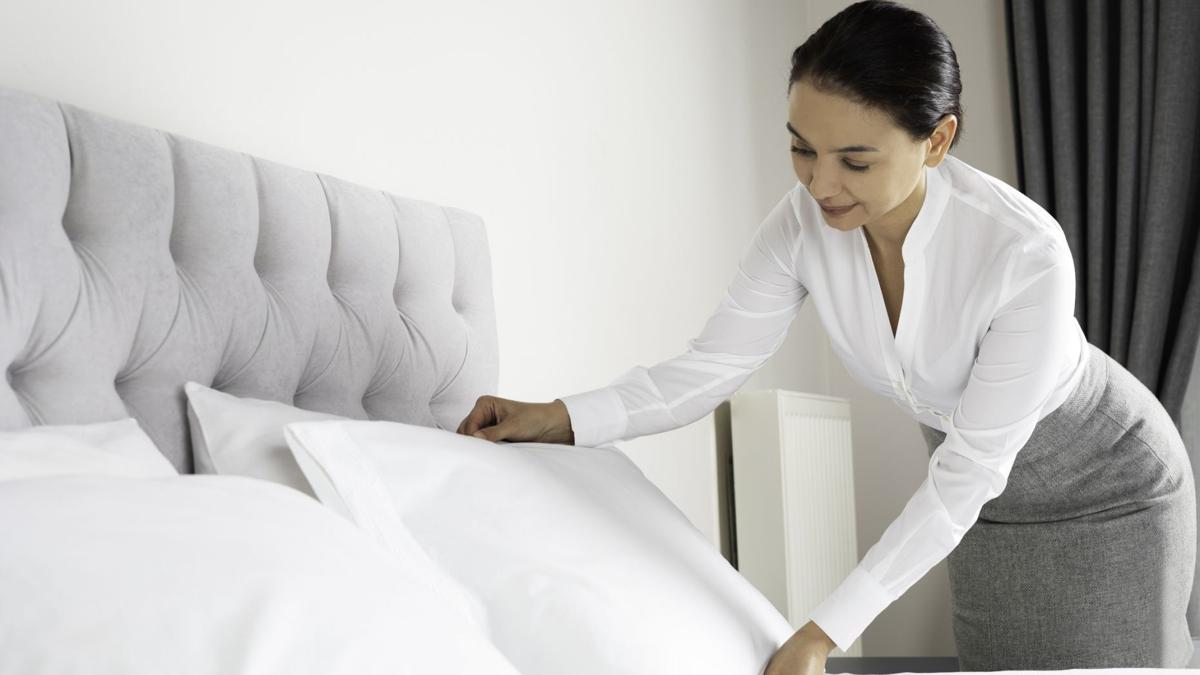 CallCenterUSA Helps a Housekeeping Business Clean up the Mess

Clean Up is a housekeeping service. In the past, the business limited its cleaning services to individual homeowners. Recently it added a few corporate accounts. The additional accounts required the company to double its housekeeper roster. There was little time to train the new housekeepers thoroughly before they went out into the field, and some of them proved to be less than stellar.

In addition, Marina, the owner, was used to filling in for housekeepers who called in sick. With the extra accounts, she needed to spend more time scheduling and on the phone. Going out into the field would no longer be possible.

A few weeks into the new contracts, Clean Up found itself running into serious customer service problems. Many of the company’s customers called to say that the new staff wasn’t doing a good job. Marina found herself running to homes and businesses to fill in for absent workers and satisfy unhappy customers. While she was out, she would get even more calls: housekeepers who couldn’t find their assigned homes, customers who were waiting for housekeepers to arrive, and the daily calls from vendors and new prospective customers. Marina desperately needed to train her new staff, but she was so busy bandaging up problems that she didn’t have any time left over to be proactive.

Marina knew she needed a receptionist to take calls, but she didn’t want to hire and train someone until she had the new housekeepers fully trained. She just did not have the time!She thought about getting a temporary answering service, but she wasn’t sure how much that would help her. She needed someone who could give directions, answer questions, and empathize with her customers and her employees. No answering service could do all that.

As Marina was combing the internet looking for possibilities, she ran into a profile for CallCenterUSA. This call center seemed different than the others—and it certainly wasn’t the basic answering service she was expecting. She was drawn to the fact that CallCenterUSA trained its employees well and that the company’s attrition rates were low. After her recent experiences, she knew how important training was.

After speaking with a manager at CallCenterUSA, Marina became even more hopeful. Her account manager took a lot of time with her. She said that CallCenterUSA draws up plans for each of their companies individually. She really listened to Marina’s needs. She stressed the training that CallCenterUSA operators had. They never outsourced or offshored. All of the operators assigned to her account would understand her business, and they didn’t just take messages. They could actually call her customers to check in or call the housekeepers who weren’t scheduled to find a replacement if one of her scheduled employees called in sick.

Marina realized that if CallCenterUSA did what is promised to do, her problems would have solutions.

Within the first month, Marina realized what a help CallCenterUSA was. This was not like having an answering service; it was like having fully-trained employee who never missed a phone call. When a housekeeper called in late because she was lost, CallCenterUSA could look up directions and give them to the housekeeper, determine the approximate time of arrival, and call the customer to tell her not just that the housekeeper was late, but exactly when that customer could expect the housekeeper to show. When a client called to complain, Marina didn’t have to stop work to solve the problem.

Instead of wasting her time patching up problems, Marina finally had time to develop and execute a training program for her new staff. Training her staff helped alleviate customer complaints.

In addition, Marina didn’t have to handle any prospective customer inquiries. CallCenterUSA knew the company well and could answer those calls without even passing them on. Getting rid of the phone calls gave Marina the time she needed to get Clean Up back in shape.

When Marina looked over her payroll, she realized that CallCenterUSA was saving her much more money than she expected. In the past when a maid had to spend extra time at a home because the mess there was larger than anticipated, Marina paid overtime but wasn’t able to charge the customer for it. Now, whenever a client asks a maid to do unexpected work, there is always someone ready to answer the phone. The service texts Marina, and Marina can call the client immediately to discuss the change in the job.  This helps her bill appropriately.

Marina has added extra services too. She regularly has CallCenterUSA make follow-up calls with customers, ensuring the work has been done to their satisfaction. She can use the information to enhance her service and help her housekeeping staff become better at their jobs.

Now that she’s using CallCenterUSA, Marina is able to focus more on her business. She’s no longer running around town trying to replace a no-show maid. Instead, she spends her time interviewing and hiring more maids and training them more completely. And because she now places calls to customers to check on the quality of the work they’re receiving, she keeps her clients happy—and she always knows when a maid isn’t up to par. Her business is growing, her staff is getting better, and she’s not personally overburdened.

Growing small businesses are surprised to find out how much they benefit when CallCenterUSA becomes part of their team. Call us today at 888.654.8500 to find out how we can help you.