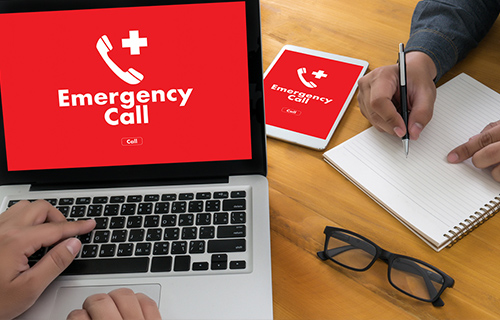 CallCenterUSA Helps On The Move Get Started

On The Move is a company that delivers moving boxes and related supplies directly to homes and businesses. The company began as a small start up, run by a young couple right out of college. Both understood the importance of the internet and invested much of their initial advertising budget in web design and SEO. They were pleased when this resulted in a successful, easy-to-find web presence.

But the early web presence was too successful for the company’s own good. Interest in the business and related phone enquiries increased to an unmanageable level almost immediately. The partners were both new to entrepreneurship; this was their first startup. One or both of the partners were out in the truck delivering supplies at all times. It was very difficult for either partner to return phone calls. Often, they found themselves sacrificing the potential of gaining new business, or even organizing their workflow so they could run their business more efficiently, in order to make the deliveries they had already committed to.

But unanswered phone calls weren’t the only problem. The company had a Contact Us form on its website. The form was regularly filled out by prospects, and the emails were stacking up. The partners simply didn’t have time to respond to inquiries. So while the website did a great job of announcing that On The Move existed, it was completely ineffective when it came to converting web traffic. All that money that On The Move spent on advertising and SEO was going to waste.

In addition, the fact that On The Move didn’t respond promptly made the company look unprofessional. One irate caller left an internet review stating that On The Move didn’t answer queries and seemed more like a couple of kids with a van than a professional organization. That was not the image On The Move was wantingto project. Suddenly, the internet presence that they had invested inseemed more like an embarrassment than an achievement.

On The Move’s partners knew that they were providing a unique service and that the market was hot, but they were stumbling. They were concerned that if they didn’t get organized quickly someone else would come and fill the gap. They had invested too much time and money to watch that happen, so they decided it was time for a change.

When On The Move contacted CallCenterUSA, they weren’t really thinking about their website problems. All they expected was to find someone to answer the phones with their company name, take messages and read them over the phone when one of the owners called in. They were surprised to discover that CallCenterUSA could do much more than that; theycould help them develop an action plan. CallCenterUSA’s operators were English-speaking operators that would understand On The Move’s unique needs and their market. These operators would be able to comfortably quote prices, take orders, answer questions, and help them turn leads into sales. Because service was 24/7, On The Move wouldn’t lose business just because they were at home asleep when a call came in.

Along with phone service, CallCenterUSA had the ability to answer the Contact Us emails that were currently being ignored. Even better, On The Move could add 24/7 live chat to the website, which meant that when a late night prospect came across their site on the internet and contacted the live operator, her questions could be answered immediately—before she clicked off the page and onto a competitor’s website. Finally, On The Move would be able to truly use the website to their advantage, offering immediate live chats to the growing number of customers that preferred that communication method. On The Move’s partners were thrilled.

The Future with CallCenterUSA

Now that someone else is taking care of enquiries, On The Move has the ability to spend more time growing their business. The increase in business driven by CallCenterUSA’s service allows them to hire new drivers. Most importantly, it makes their business much more efficient. CallCenterUSA emails documentation on all calls directly to the partners, so they have a physical record of what is happening at all times. The partners use this documentation to chart inventory needs, so they can load the trucks appropriately each morning.

Now when a truck is on the road, and a customer calls in with an order, CallCenterUSA can call the driver directly and schedule the delivery when the truck is in a nearby neighborhood.

On The Move is no longer seen as the work of a couple of college kids. It is seen as a thriving regional business that had become the most convenient way to purchase moving supplies. Because CallCenterUSA’s service is scalable, it is easy for them to increase call center services inexpensively, without any extra work.

Entrepreneurship is a difficult business, but having a company like CallCenterUSA on your side does more than help you look larger. It allows you to actually become larger. Call us today at 888.654.8500 to find out more.