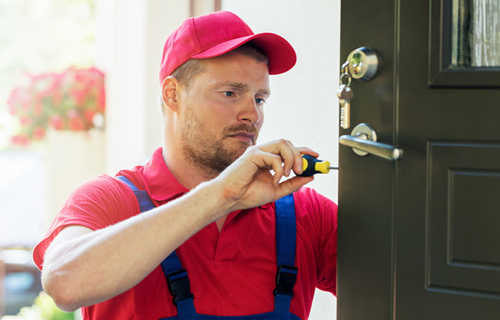 No Longer in the Dark

LockedOut is a mobile lock and key business that is well known for its inexpensive 24/7 lockout assistance. Larry, the owner, oversees everything during business hours. During the evening hours Larry hands the reins over to two of his employees. Larry also has additional contractors that he calls in when LockedOut needs extra support.

Larry had always been happy with the way his business functioned. LockedOut stayed small and lean enough to be very competitive, and he didn’t feel like any of his business challenges were out of the ordinary. But when Larry filled in during one of his “trusted” evening employees’ week-long vacation, Larry was stunned to watch LockedOut’s night business increase 33%. After investigating the matter, Larry learned that his night shift locksmith was taking work off the books in order to make more money.

Larry realized that LockedOut needed more oversight, but after this incident, he didn’t feel like he could trust anyone. A good friend encouraged him to check into CallCenterUSA. Having a neutral third party take the night and weekend calls would provide LockedOut with the oversight it needed. And because CallCenterUSA was a large call center with individualized service plans, Larry would be able to select from a wide range of services, while still paying for just the services he needed.

Setting up the Plan

CallCenterUSA worked with Larry to develop a service plan that fit LockedOut’s needs, at a price that Larry found reasonable. Larry originally wanted CallCenterUSA to simply take the calls and pass them on to the locksmiths on call. CallCenterUSA service could do even better. They would provide Larry with a complete call record, detailing the person who called, time of the call, and what locksmith the caller’s job was assigned to. This solved Larry’s theft problem. Even better, he now had a tool that would allow him to regularly assess his business needs.

It wasn’t long before Larry realized that ending theft was just the beginning of what CallCenterUSA had to offer. The call center employees assigned to answer LockedOut’s calls were professional and well trained. Online reviewers didn’t let that fact go unnoticed. The helpfulness of phone operators was mentioned in many of the good reviews that brought LockedOut more business than it ever had before.

The call center logs were complete and gave Larry a deeper understanding of his business. Larry noted that there were certain times of the day that more people were calling in than LockedOut’s employees could handle. In the past, these calls weren’t answered and the business was lost. But now that CallCenterUSA was working with LockedOut, all calls were immediately answered. After a few months, Larry could project future needs.

When everything was taken into consideration, LockedOut saw business increase significantly. It wasn’t long before LockedOut started to outperform the other locksmiths in the area.

Larry was so happy with his results that he decided to add services and have CallCenterUSA follow up with customers to gauge customer satisfaction. Getting the service added was easy. All he had to do was call his account representative. Within the week his team was trained and had started making the calls. Customers were impressed by calls, and if there were any problems, LockedOut was able to resolve them immediately.

This increased LockedOut’s customer satisfaction even more. Larry learned the stories of individual callers—like the man who was juggling an infant with a phone that was quickly running out of power. He had been unsuccessfully calling locksmith services and getting no response. LockedOut was the first company he had called that put him in contact with a real live operator immediately. Within half an hour he and the child were in the house. He thanked the operator for the quick service and promised to recommend the service online.

Larry is always happy for a good recommendation, but he was even happier to realize just how much of a competitive advantage CallCenterUSA had become. With their help, he was now offering services that other locksmiths did not offer. LockedOut wasn’t just answering calls quickly, it was answering them first!

LockedOut continues to utilize CallCenterUSA’s services to answer and log calls, schedule locksmiths, make follow-up calls, and conduct surveys that help Larry provide feedback to his employees and make key service decisions. He continues to enjoy great online reviews, word of mouth recommendations, and success in the industry. Most importantly, he is no longer in the dark about any of the aspects of his business.

Make sure your company isn’t in the dark. No matter what your needs are, you’ll be surprised to find out how much CallCenterUSA has to offer your business. Call us today at 888.654.8500 to find out more.