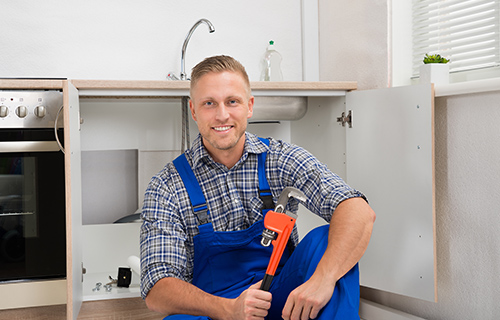 CallCenterUSA helps Rivas Plumbing Get the Most Out of Its Lines

Mark Rivas owns and operates Rivas Plumbing. While he has occasionally hired a friend to help him out during his busiest times, he generally works alone. Rivas has never utilized an answering service because he’s never understood the purpose.

If you’re just putting a person who can’t help the customer on the phone, why even bother? He prefers to leave voice messages. That way he knows his message is getting recorded correctly.

This personal preference kept Rivas from working with an answering service, even after his business grew and he became unable to answer all of his phone calls. Sometimes, when he realizes that he has had a lot of hang-ups, he toys with the idea of hiring a receptionist—but that’s not a smart financial decision. So he tries not to think about the hang-ups too much and keeps using the system that he knows best. His mantra is, “use an answering machine, return calls as quickly as possible, and do the best you can.”

One day Rivas called a friend who was an electrician to ask for some professional advice. He was surprised when an unfamiliar voice answered the phone. The person on the other end was pleasant and professional and even told him about the specials on the electrician’s website. Rivas was even more surprised when, after leaving a message, his friend called him back within minutes. The friend told Rivas that he hadn’t hired an expensive receptionist, instead he was using CallCenterUSA.

CallCenterUSA wasn’t just answering the phones either. They were actually doing things that increased his business, like screening calls and texting him when emergency situations arose or contacting customers after their service calls in order to gauge customer satisfaction. The price was surprisingly affordable, and his income had actually increased.

Rivas took the CallCenterUSA phone number from his friend and decided to give the company a call. CallCenterUSA assigned him a sales manager. Together they worked out an individualized plan that was developed specifically to respond to the needs of Rivas’s company.

Rivas learned that the core of CallCenterUSA’s business was the operator and that the company invested significantly in its employees and their happiness. No jobs were outsourced or offshored. Employees received benefits, were well-trained, and worked consistently for the same companies. When they worked for him, they would have significant knowledge about his industry and his company. Because there was very little management turnover, he would have a lot of high-level support.

CallCenterUSA also had 24-hour coverage, so Rivas would never lose business because he lost a phone call. The company was able to accurately screen calls and follow Rivas’s instructions, so if there was an emergency he would know about it. If the call was not an emergency, messages were taken and customers were told when they could expect a call back—and just like his electrician friend had experienced, if he wanted CallCenterUSA to direct users to his website for further information, they could do that too. The price for all of the services that Rivas wanted was much lower than his other options.

Rivas decided to use many of CallCenterUSA’s services, even some services he’d never considered before. For example, when the operator took a call he could also email Rivas’s brochure so that the caller could learn more about Rivas’s company and see has satisfaction guarantee in writing. The caller received the information; Rivas captured the caller’s email address, which ultimately helped him create email campaigns that turned one-time inquiries into repeat customers.

Putting the Plan in Action

Rivas is very happy with CallCenterUSA’s effect on his business. During the day, CallCenterUSA texts Rivas immediately when a customer needs to change an appointment. They then help him adjust appointment times and call his appointment list to confirm, which gives Rivas more time to actually get things done. He has discovered that he is now able to work more efficiently, handling more jobs per day—and he’s getting better customer service feedback.

He now uses the documentation that CallCenterUSA collects to better project his workflow, which leads to even more productive days and significantly higher revenues.

Now that CallCenterUSA is working with Rivas, he sees that it also makes his customers’ lives easier. He has a happier, more regular customer base, a more efficient schedule, and is able to plan and project much more accurately than he did in the past.

Small businesspeople hear the phrase “work smarter, not harder” all the time. But it is very difficult to work smarter when you are too busy working hard. If you have a small business, take some time out of your day to call CallCenterUSA at 888.654.8500. We’ll help you work smarter.